Posted at 09:53h in Uncategorized by Kendra Hummel
0 Likes
Share 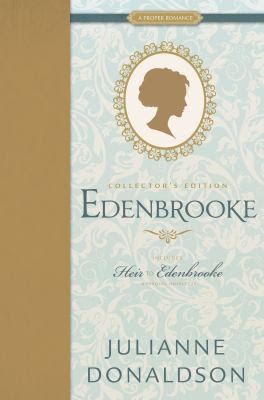 Summary: This hardcover gift edition pairs the bestselling, Edenbrooke, with the never before published novelette, Heir to Edenbrooke which is the prequel to the story, told from the point of view of the dashing suitor of Edenbrooke.

Marianne Daventry will do anything to escape the boredom of Bath and the amorous attentions of an unwanted suitor. So when an invitation arrives from her twin sister, Cecily, to join her at a sprawling country estate, she jumps at the chance. Thinking she’ll be able to relax and enjoy her beloved English countryside while her sister snags the handsome heir of Edenbrooke, Marianne finds that even the best laid plans can go awry.

From a terrifying run-in with a highwayman to a seemingly harmless flirtation, Marianne finds herself embroiled in an unexpected adventure filled with enough romance and intrigue to keep her mind racing. Will Marianne be able to rein in her traitorous heart, or will a mysterious stranger sweep her off her feet? Fate had something other than a relaxing summer in mind when it sent Marianne to Edenbrooke.

The prequel novelette, Heir to Edenbrooke, is told from Philip’s point-of-view and includes his side of the story of when he met Marianne for the first time.

Angie’s comments: This is a romance, in a similar vein to Jane Austen’s books. Although there aren’t any explicit parts, there is a tension between the main characters that is believable.
Recommended for readers who want clean, historical romances.
Request this item