Mrs. Jeffries and the Alms of the Angel 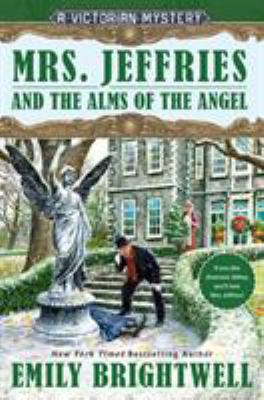 16 Jan Mrs. Jeffries and the Alms of the Angel

Posted at 16:31h in Uncategorized by Kendra Hummel
0 Likes
Share

Mrs. Jeffries and the Alms of the Angel by Emily Brightwell

Summary: When a wealthy widow is murdered, Mrs. Jeffries investigates what happens when money can’t buy your life in this all-new installment in the beloved Victorian Mystery series.

Margaret Starling wasn’t the sort of woman anyone expected to be murdered. She was on the advisory board of the London Angel Alms Society, she was an active member of St. Peter’s Church, and, best of all, she was always willing to lend a hand to a friend or a neighbor in need of advice. She was also a wealthy upper-class widow. But money alone won’t protect you when someone decides it’s high time you met your maker.

Margaret’s next-door neighbor considered her an odious busybody, the Reverend Reginald Pontefract wished she’d never set foot in St. Peter’s, and half the advisory board of the London Angel Alms Society heartily hoped she’d come down with pneumonia before the next quarterly meeting.

All in all, Margaret wasn’t as well regarded as she’d always thought she was. But Mrs. Jeffries and Inspector Witherspoon know that justice isn’t a popularity contest, and they won’t rest until they sift through the suspects to catch a sinister scrooge.

Angie’s comments: This was the first book I have read in this series, and it works well as a stand-alone novel. I thoroughly enjoyed this cozy historical mystery. The pace was quick and the characters interesting.