Posted at 15:34h in Uncategorized by Kendra Hummel
0 Likes
Share 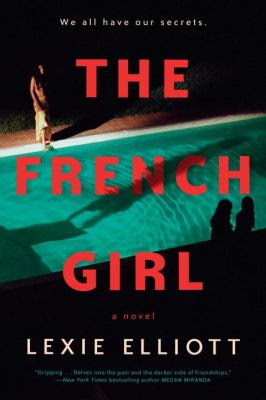 The French Girl by Lexie Elliott

Summary: We all have our secrets…

They were six university students from Oxford–friends and sometimes more than friends–spending an idyllic week together in a French farmhouse. It was supposed to be the perfect summer getaway…until they met Severine, the girl next door.

For Kate Channing, Severine was an unwelcome presence, her inscrutable beauty undermining the close-knit group’s loyalties amid the already simmering tensions. And after a huge altercation on the last night of the holiday, Kate knew nothing would ever be the same. There are some things you can’t forgive. And there are some people you can’t forget…like Severine, who was never seen again.

Now, a decade later, the case is reopened when Severine’s body is found in the well behind the farmhouse. Questioned along with her friends, Kate stands to lose everything she’s worked so hard to achieve as suspicion mounts around her. Desperate to resolve her own shifting memories and fearful she will be forever bound to the woman whose presence still haunts her, Kate finds herself buried under layers of deception with no one to set her free…

Angie’s comments: I loved the layers of the book and how the plot focuses on Kate. I could feel Kate’s anxiety and confusion. The ending made sense; maybe not as satisfying as a different ending would have been, but it was probably a more realistic ending.
Recommended for readers of psychological mysteries.
Request this item