Posted at 16:26h in Uncategorized by Kendra Hummel
0 Likes
Share 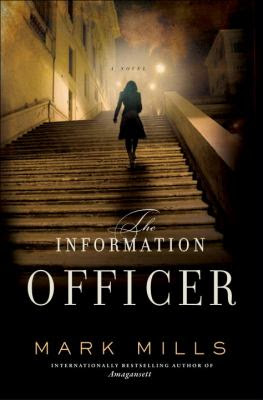 The Information Officer by Mark Mills

Summary: In the summer of 1942, Max Chadwick is the British officer charged with manipulating the news on Malta to bolster the population’s fragile esprit de corps, as the small windswept island endures relentless Axis air raids. The fiercely independent Maltese, and a few broken-down fighter planes, are all that stand in the face of Nazi occupation and perhaps even victory—for Malta is the stepping-stone the Germans need between Europe and North Africa.

When Max learns of the brutal murder of a young island woman—along with evidence that the crime may have been committed by a British officer—he knows that the Maltese loyalty to the war effort could be instantly shattered. Max must investigate the murder—beyond the gaze of his superiors, friends, and even the woman he loves—as the clock ticks down toward all-out invasion.

Angie’s comments: This is a mix of mystery, war, romance, and history. There are many threads in this story, which befits the circumstances of living in Malta during World War II. I enjoyed being immersed in the setting. The plot had many threads, but then it fit the setting with its multitudes of events, worries, and perspectives.
Recommended for readers interested in historical mysteries or fictional war novels.