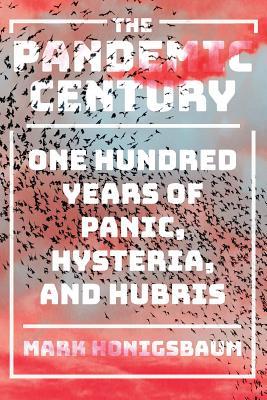 Posted at 15:17h in Uncategorized by Kendra Hummel
0 Likes
Share

The Pandemic Century: One Hundred Years of Panic, Hysteria, and Hubris by Mark Honigsbaum

Ever since the 1918 Spanish influenza pandemic, scientists have dreamed of preventing catastrophic outbreaks of infectious disease. Yet despite a century of medical progress, viral and bacterial disasters continue to take us by surprise, inciting panic and dominating news cycles. From the Spanish flu to the 1924 outbreak of pneumonic plague in Los Angeles to the 1930 “parrot fever” pandemic, through the more recent SARS, Ebola, and Zika epidemics, the last one hundred years have been marked by a succession of unanticipated pandemic alarms.

In The Pandemic Century, a lively account of scares both infamous and less known, Mark Honigsbaum combines reportage with the history of science and medical sociology to artfully reconstruct epidemiological mysteries and the ecology of infectious diseases. We meet dedicated disease detectives, obstructive or incompetent public health officials, and brilliant scientists often blinded by their own knowledge of bacteria and viruses. We also see how fear of disease often exacerbates racial, religious, and ethnic tensions–even though, as the epidemiologists Malik Peiris and Yi Guan write, “‘nature’ remains the greatest bioterrorist threat of all.”

Like man-eating sharks, predatory pathogens are always present in nature, waiting to strike; when one is seemingly vanquished, others appear in its place. These pandemics remind us of the limits of scientific knowledge, as well as the role that human behavior and technologies play in the emergence and spread of microbial diseases.

Angie’s comments: While some of the diseases in The Pandemic Century are well-known, others are not. I hadn’t heard of parrot fever before, and while I had heard of SARS, Ebola and Zika, it was nice getting a look back after the panic and hype had subsided. The future looks full of disease.