The Play of Death

22 Jun The Play of Death

Posted at 16:08h in Uncategorized by Kendra Hummel
0 Likes
Share 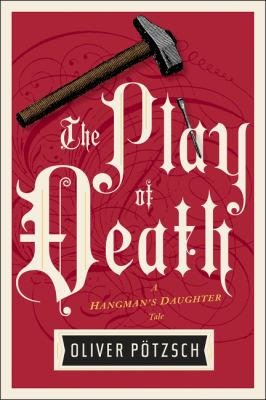 The Play of Death by Oliver Potzsch

Summary:  It is 1670 and Simon Fronwieser is in the town of Oberammergau to bring his seven-year-old son to boarding school. As he bids his boy a tearful farewell, news comes of a shocking murder: the man who was to play the part of Christ in the town’s Passion Play has been found dead, nailed to the set’s cross. As there is no doctor in town, Simon is brought in to examine the body. The chance to spend more time with his son and to investigate the murder quickly convince him to stay.

Soon he is joined by his father-in-law, Jakob Kuisl, the Schongau hangman, and the two begin piecing together the puzzle of the actor’s death. Was he murdered by a jealous rival? Are the recently arrived and unpopular immigrant workers somehow involved? Or is it a punishment from God for the villagers’ arrogance in trying to schedule the play four years earlier than prescribed by ancient custom? Once again, it looks like it is up to the Kuisls to unravel the mystery and bring a town’s dark secrets to light.

Angie’s comments: This is the sixth in the Hangman’s Daughter series. As usual, this book is the first one I have read in the series.The Play of Death can be read as a stand-alone. Although a large book, it is entertaining to the end. There are several different layers of mysteries and events going on at the same time, and it is an interesting look at life in the 1600s.
And in case you are curious, the Passion Play at Oberammergau is still going strong and the next one is scheduled for 2020.
Recommended for historical mystery readers.